On October 20th when I heard Prime Minister-designate Justin Trudeau tell the world “On behalf of 35 million Canadians, we’re back,” I teared up and was surprised that my lingering concerns had been temporarily overpowered by hope. But two weeks later, those concerns are still with me as I […] 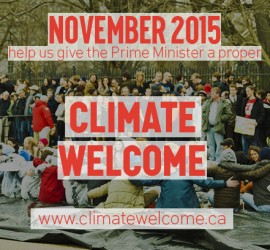