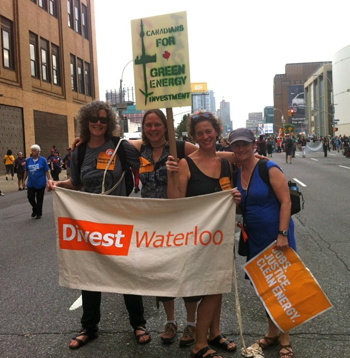 Exhilarated and exhausted, we arrived home in the wee hours of this morning from the New York City People’s Climate March. 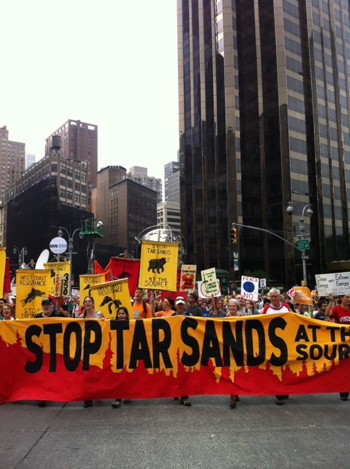 call for a better future. We joined the 300-strong Toronto350 contingent in the “Stop Tar Sands” section.

There were a lot of Canadians there, including our hardest-working Parliamentarian, Elizabeth May. 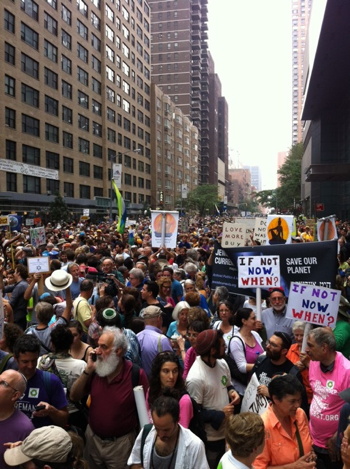 There were kids and grandparents, students and teachers, unionists, immigrants, greenies, socialists, indigenous people, religious folks of all denominations, scientists, nurses, human rights groups, politicians, celebrities, … finally, a real cross-section of society, peacefully but powerfully lining up against our greatest threat. It was thrilling to be part of it!

We’ll have more about the March in a later post, after we get some sleep! For more photos, visit our Facebook page or Avaaz.org’s global album.