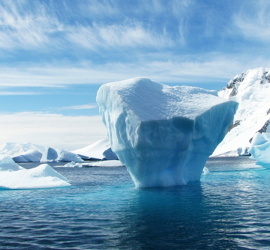 This spring we learned that the melting of parts of the West Antarctica ice sheet has passed a tipping point, and is now unstoppable. (See e.g. this New York Times article.) This by itself will eventually raise the global sea level by over a meter. Further, this will likely lead to the melting of the whole sheet, resulting in a global sea level rise of about 4 meters. And that’s just from West Antarctica; continued warming also threatens other ice sheets in Antarctica and Greenland. This melting will happen gradually, over a century or two or more, but it will happen. The first couple of metres is inevitable now, and the next few metres seem very likely, barring a sudden and global green revolution. (See this study, written before the latest news from Antarctica.) 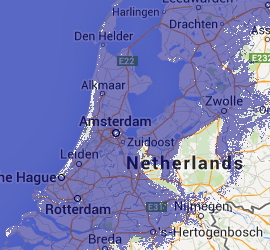 It’s hard to take in what this means for our world and our civilization. Have a look at these maps of where the coastlines will be at +4m, +7m, … Choose a few tabs: New York, San Francisco, Venice, the Netherlands; or zoom in on what’s left of Vancouver, or Bangladesh.

Millions of people will be displaced, and vast tracts of prime farmland will be lost. Some areas will be protected by dikes, but at staggering cost and with the risk of disastrous floods. My favourite beaches, and all of the great river deltas of the world, gone. Entire ecosystems will be destroyed, species driven to extinction.

I am mourning all of this. And I am also acutely aware that, although some tipping points have been passed, others are out there ahead of us and might still be avoided if only we can act quickly enough to stop the global warming juggernaut.